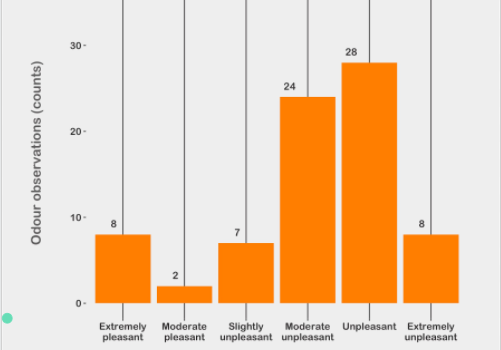 In 2018, residents in Southall and Hayes, West London, started a campaign calling for authorities to tackle air and odour pollution occurring during the redevelopment of a former gas site in the area. The campaign Clean Air for Southall and Hayes (CASH) aims to raise awareness and create momentum to take action about the air and odour issues that residents are facing.

Mapping for Change offered to support campaigners to map odours in Southall, whilst engaging the council and other stakeholders, as part of the D-NOSES project, launching a second pilot in London, together with one in Royal Docks.

If anything, the situation in the area is intricate. In 2018, after having carried investigations, the Environmental Agency commissioned Berkeley Homes to put tighter odour regulations in place. However, residents report that their problems have not diminished. A number of evidence, gathered by different stakeholders, have been brought up continuously since the statutory decision. To this day, stakeholders have not reached a consensus yet, neither about the scale, scope and sources of the odour issue, nor about its impact on residents.

In the course of August 2020, Mapping for Change started a discussion with CASH campaigners. CASH members welcomed the opportunity to be supported by the D-NOSES project, with the aim to use a different approach to tackle odour pollution issues. Campaigners decided to use OdourCollect as a supporting app to report odours in their neighbourhood. They designed a protocol for the monitoring of odours and plan to promote the app to residents in the affected area through the course of September. Mapping for Change also made contact with Ealing council, in an effort to start a discussion with all the stakeholders responsible for the mitigation of the odour issues. Southall’s scenario puts D-NOSES methodology and tools to the test; with the hope that Southall’s stakeholders will reach sustainable solutions in the near future.

Using 3 months worth of data collected from OdourCollect, Mapping for Change released today the first infographics brushing a picture of the odours issues reported by Southall residents! If you are interested in seeing more, rendez-vous on our Twitter.