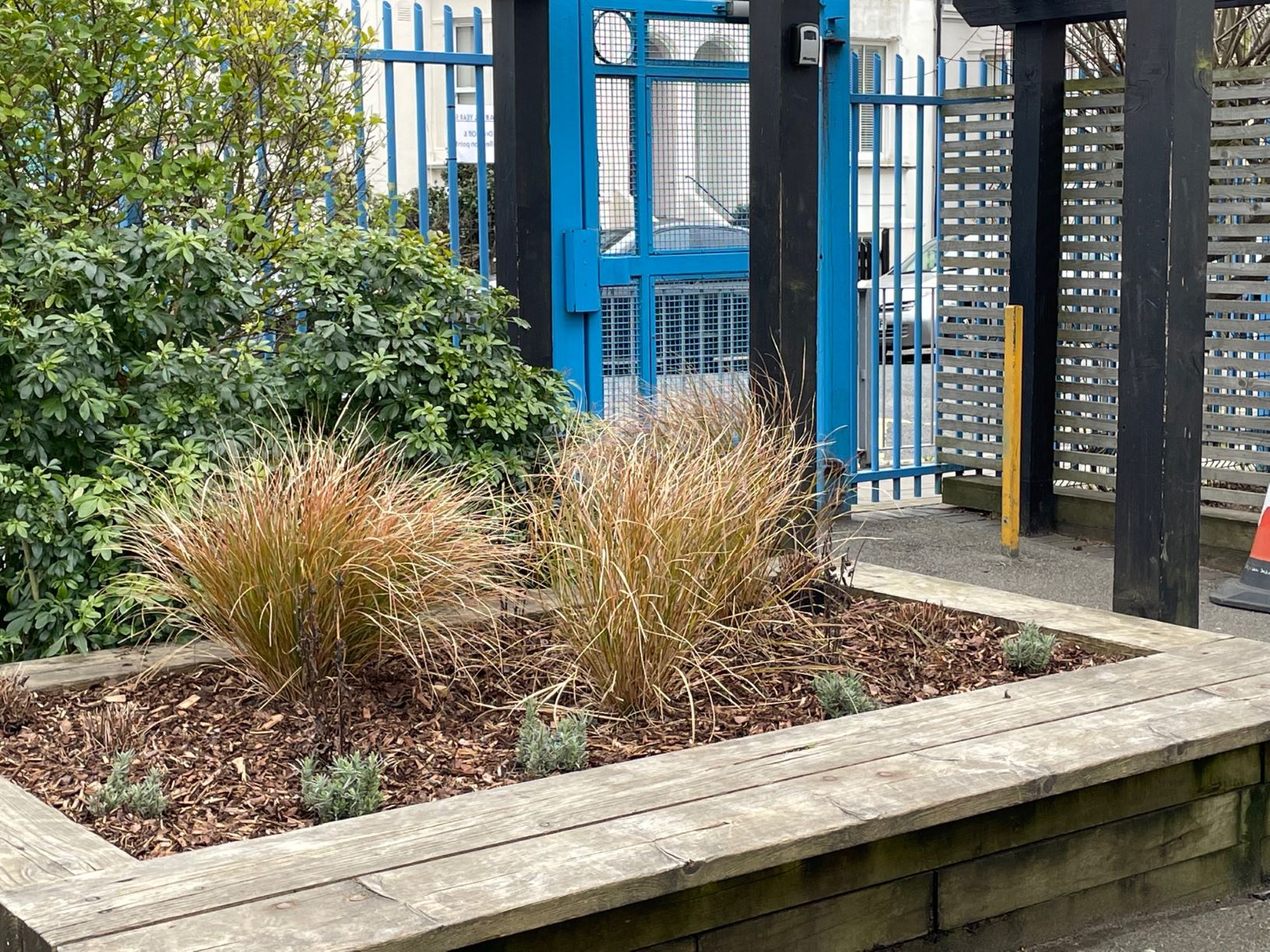 There are three key elements to bringing about positive change: raising awareness, gathering evidence and taking action. And Planting Healthy Air in Schools has achieved all three!

Following on from our Inspires Project, we have been working with teachers and Eco Warriors at at Sunnyhill Primary School. With Trees for Cities and Lancaster University, we aimed to raise awareness of air pollution by greening-up their playground and monitoring the levels of particulates.

Trees for Cities began planting trees, flowers and green screens around the site in December 2020. They then held workshops with the pupils on air quality and planting to increase their understanding of pollution. Between April and June, Mapping for Change worked with teacher Gemma Clark and the Eco Warriors to co-design two experiments to monitor particulate pollution (PM2.5) in and around the school.

The first experiment looked at how air pollution varied across the day. The results were as expected with the highest levels of pollution being seen at drop off times when the roads were busiest.

The second experiment investigated how air pollution varied across space. This gave some surprising results, with the green playing field having higher levels of PM2.5 than the surrounding roads on some occasions.

The maps below show the readings over several sampling days for both the roads and the field. The dots on the map represent PM2.5 levels taken every 5 seconds. Blue and yellow dots are considered safe levels of PM2.5 whereas the orange/red/black dots exceed the UK limits. The UK limit for PM2.5 is an annual mean of 25ug/m-3. It is important to note that the visualisations below are based on individual readings, not annual averages. However, they give an indication of the different levels over time and space.

PM2.5 levels at drop off time

PM2.5 levels at pick up time

Armed with these data, the Eco Warriors came up with ideas on how to improve the air that they were breathing. Firstly they created a report to send to parents with the results of their experiments. This sparked action from one particular parent who wrote to the local council asking for help with anti-idling banners. The council were more than willing to support the campaign and have agreed to work with the school to design their own banners and have them installed around the school.

In addition, as a result of their hard work and engagement, the council agreed to reinstate the plan for a School Street, which they had previously revoked. This means that during school time, traffic is restricted on the nearest roads, thereby reducing local air pollution around the school.

Invigorated by the amazing work and enthusiasm of Sunnyhill, we can’t wait to start working with two new schools – Hartley and Lordship Lane Primary Schools in September!