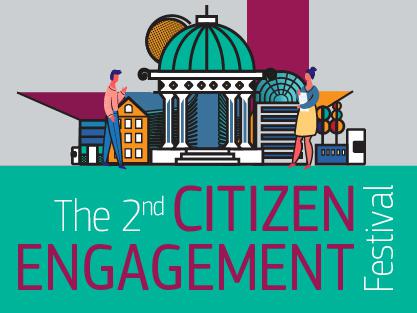 In comparing public and ‘elite’ attitudes to the EU, Chatham House – a British International Affairs Think Thank – reveals that, in 2017, only 9% of members of the public agree that politicians care what ‘people like them’ think. Alessandro Bellantoni, Deputy Head at the OECD, cites this report to illustrate the crisis of European Democracy during the 2nd Festival of Citizen Engagement, held in Brussels in December.

Adding to the economic sequels of 2008, the EU has to face growing cultural issues of identity and a persistent lack of trust in democratic institutions, Mr Bellantoni points out. He refers to the rise of the ‘3 Ps’,  ‘Populism’, ‘Polarisation’ and ‘Pessimism’ as an explanation for citizen disengagement in European affairs.

Nonetheless, it is increasingly admitted that the EU is dependent on citizens to design and implement impactful policies. In December 2019, Mapping for Change participated in discussions held to understand the role of citizen engagement in the policy cycle during the 2nd Citizen Engagement Festival. Conversations were held with the aim of understanding the principles of policy co-creation, the challenges of large scale citizen engagement, and the implementation of a deliberative democracy, to only cite a few.

When the ‘what’ – the nature of the problem faced by Europe – is clear, the ‘how’ – the ways in which to go forward – is much blurrier. It was highlighted that policy co-design should cover the whole policy cycle, starting from design, to implementation, monitoring and evaluation. As such, citizens have a role to play at every stage of policy making. To foster this citizen-institution relationship, using digital tools is one successful engagement method that can be thought of. Mapping for Change put forward Community Maps as an example. Community Maps arguably serve a useful double purpose. While it fosters citizen participation in local areas, by offering a tool on which to report issues to inform policy making, it also enables institutions to identify such specific communities and their self-reported needs. Other highlights of the festival can be found in Mapping for Change’s twitter feed!

When it is found that citizens have greater trust in their local and regional authorities rather than the EU, understanding the role of citizen engagement in policy making should be a part of understanding the relationship between citizens and their localities, their neighborhoods, their immediate surroundings.